Chris’ artistic ambitions started when he was a young boy. What others thought of as “waste” or “garbage”, Chris saw as treasure, something new, if he could just see how to use it. He was crafting with everything from wood, moss and rocks, to paper rolls, tin plates, and egg cartons. It wasn’t easy because the collecting of said items was entirely discouraged, and being an artist, most everyone said is “wonderful, but…[always a but..] what will be your career?” It is often said that artists starve. “How can you translate your creative side into a ‘real job’?” Well, Chris listened and so began the journey of a carpenter. He thoroughly made the most of the school’s shops from grades 7­-12, often spending lunch hours and breaks there by the later years. This led him to receiving a diploma in wood products manufacturing, a 3 year tech/engineer/woodworking intensive at Red river College in Winnipeg. and then out to the workforce that manufacturing furniture held. During those working years the artist in Chris yearned to speak, and so he tried many mediums; charcoal, clay, painting, and so on… Now it should be mentioned that he loved to draw as a child, replicating images with a certain ease, and so he continued to draw and to try new things. Over time it became clear that creating new ideas on a two dimensional plane was often a struggle, whereas the freedom of three dimensions allowed the work to be understood from any angle. Chris began to embrace the potential of found art – a form where the materials or medium used is found and left roughly as is. This was what he always wanted to do. Now, with an excuse to collect, he found wonderful pieces of metal at the train yards and began welding them into creatures; seeing the possibilities of these old rusty pieces, a want to give them life arose. Shortly after finding this calling Chris moved to Vancouver island, where there aren’t any train yard scraps, leaving a void in his artistic life yet again. He then started a family which became all consuming, leaving little time to find a new path. However, over time and after many walks along the Westcoast beaches, he came to realize the dazzling array of beautiful broken timbers just lying at his feet in all sizes, shapes, and colors – an array of mysterious expressions in those seemingly dead pieces was just waiting to be brought to life. Here was something to get behind; it satisfies that child-like wonder, the search for treasure and a way to add value in a unique and dramatic way to simple broken pieces of wood. A new art found in found art! This was a wonderful re-connection to his love of woodworking, it opened him up to his creative side full on. From there he quickly connected with other wood artists and found that working together was fully energizing and inspiring. In so doing, he found that his friend Andy Woodsmith was tinkering in an old art form, Intarsia. Finding the detail of putting a dazzling array of colorful woods together in a mosiac, something more exciting and rewarding than any other artform yet. Andy and Chris continued to develop a style in this form, and most of the current works you’ll find today by the wood vibe tribe, is the direct result of these 2 and other wood wizards working together, exploring and challenging ideas. Now, finding that his detail obsessiveness had a place by creating art through wood…he has given his life to live by the code of the wood wizards. “we are all artists here on this earth, open to your highest self…what will you create when you merge with that space?” 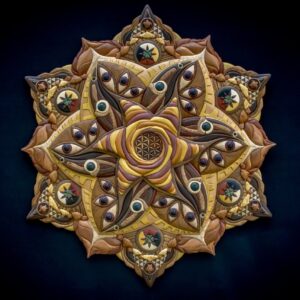 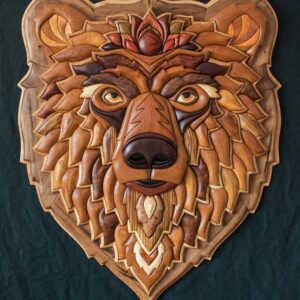 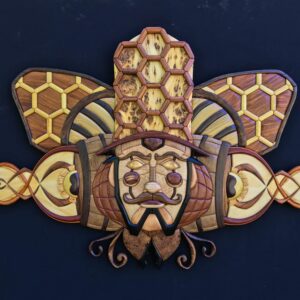 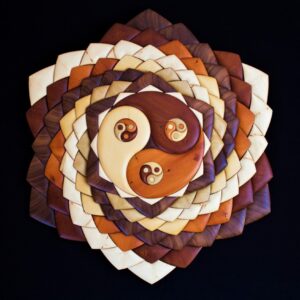 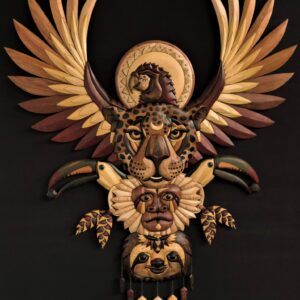 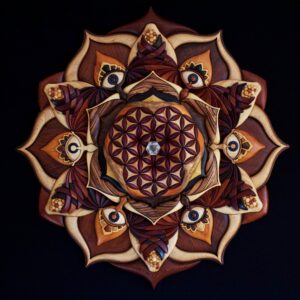 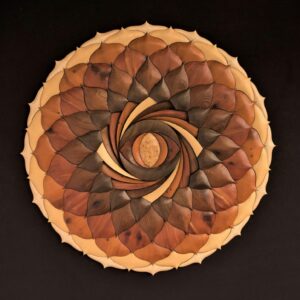 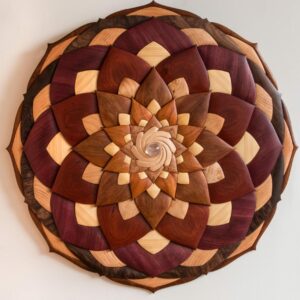 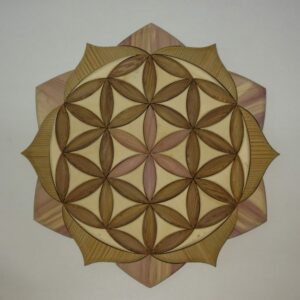 do it yourself kit (flower of life) 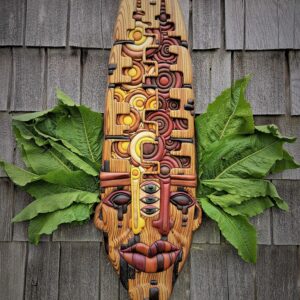 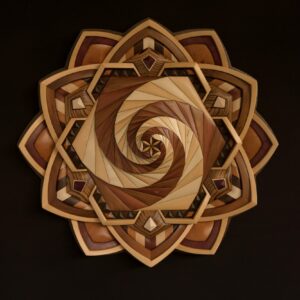 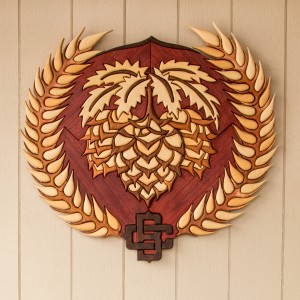 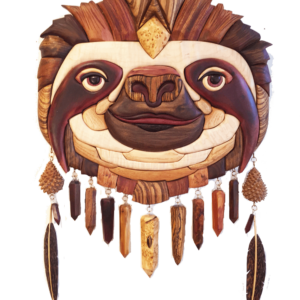 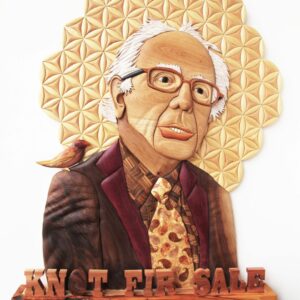 Wood intarsia artists. We create from Vancouver Island, BC. Please help us share our art with the people. Blessings

Excited to present a small project that I have bee

Paparuy and I are flying to Vancouver for another

Wood up! A long time coming to get all of us in th

This error message is only visible to WordPress admins


Error: API requests are being delayed for this account. New posts will not be retrieved.